3 Stocks I’m Buying for Retirement if the Market Crashes

Volatility has been the name of the game lately in the stock market. Thanks to the rise of the new COVID-19 variant omicron, inflation, and the threat that the Federal Reserve may start raising interest rates, anxiety has gripped many investors. Can a market crash be coming soon?

No one knows for sure, of course, but there are signs a market correction or crash could be on the horizon. Therefore, it’s important for investors to prepare in order to make the most of a not-so-great situation.

One way to get ready for a crash is to create a list of stocks you want to buy if the market goes boom. Three Motley Fool contributors share why they’ll be buying shares of Prudential Financial ( PRU -0.67% ), Charles Schwab ( SCHW -2.06% ), and Meta Systems ( FB -1.14% ) if the market takes a deep dive.

Chuck Saletta (Prudential Financial): In the event of a market crash, one company whose shares I already own that I would buy more of is insurance giant Prudential Financial. The company is so focused on being financially rock solid that it uses an actual rock — the Rock of Gibraltar — as its corporate logo.

It backs that focus up with a conservatively managed balance sheet that has around $400 billion worth of bonds and cash as assets, and a debt-to-equity ratio below 0.6. In the insurance world, that translates to a business that’s prepared for a lot to go wrong — more than it’s already expecting to — given the premiums it’s charging for its services.

Prudential Financial already trades at a discount to its book value and a mere 8.4 times its expected forward earnings. For a business that’s expected to grow its earnings by around 8.5% annualized over the next five years, that’s already a decent value.

If the next market crash knocks its stock down to a substantially cheaper price, Prudential Financial just might be worth buying hand over fist. Remember that the company sells insurance, including things like annuities. In a bad market, the promise of stable values and guaranteed (modest) returns that annuities offer can look that much more attractive by comparison. An increase in demand during a downturn could very well provide the spark that drives its eventual recovery. 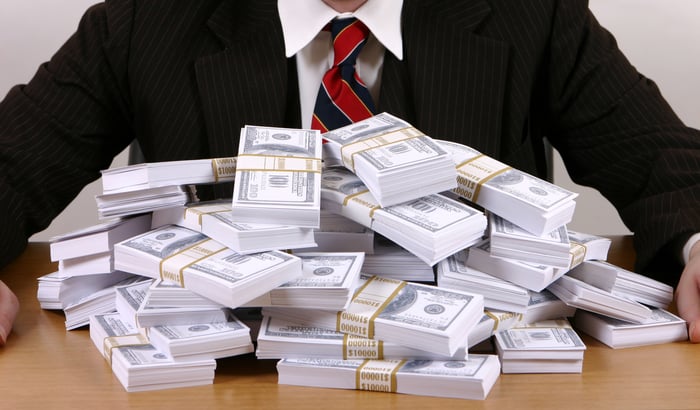 Eric Volkman (Charles Schwab): Any market crash will likely result in a frenzy of panic trading, which is one of several reasons why I’d suggest a favorite from my own portfolio — Charles Schwab.

While full-service securities brokerages like Schwab are no longer as dependent on revenue from trading as they once were, trading remains an important part of their business. For the company in its latest reported quarter, it was responsible for 21% of total net revenue.

This illustrates an important point about Schwab: Over the years, it has grown into a muscular, multifaceted financial-services company with numerous revenue streams based on core financial services. When a crash comes, the companies providing the basics will be best positioned to survive — and eventually thrive.

The bulk of Schwab’s revenue comes from interest it earns on a range of bread-and-butter financial activities. This covers items such as margin lending, bank loans, and a clutch of other services that are essential in any modern economy. Demand for such services should remain resilient in the wake of a crash. In fact, for some, demand is sure to increase.

Schwab’s business model is resilient. During the financial crisis of the late 2000s, the company actually managed to increase its revenue during the hard years of 2008 and 2009. It not only landed well in the black on the bottom line in 2008; it posted its highest annual net profit to date. How’s that for a crash-resistant business?

Like any good and effective service business, Charles Schwab is extremely and habitually profitable. Since the crisis, margins have generally been creeping up steadily as the company successfully exploits economies of scale (it closed its acquisition of peer brokerage TD Ameritrade in 2020) and becomes more efficient. These days, net margin is hovering around the 30% mark, an admirably high figure by any standard.

No matter the state of the stock market, investors are always going to trade, and people are always going to need some form of financial services. Schwab is a veteran provider of these, knows how to increase its revenue from them, and is very successful in netting big profits from doing so. This is one of the most solid financial-services companies out there and a particularly good stock to hold when and if times get tough. 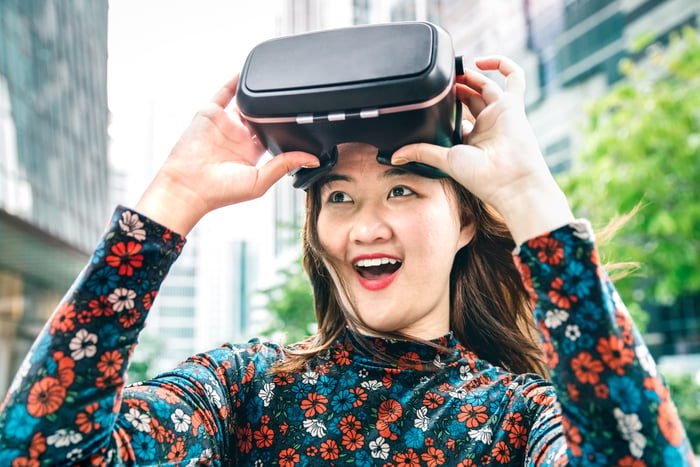 A risky but vibrant growth stock

Barbara Eisner Bayer (Meta Platforms): My colleagues have rightfully chosen stellar banking/insurance stocks that are great choices for a retirement portfolio if the stock market crashes. But I’m always on the lookout for an excellent growth stock to add because it’s imperative that my retirement portfolio has a growth component in order to beat inflation. And the stock I’ll be looking to add in the event of a market crash is Meta Platforms ( FB -1.14% ), the company formerly known as Facebook.

“You can’t be serious!” you must be thinking. The company has been under intense scrutiny lately for its alleged negative impact on teens, and its use by human traffickers and armed groups to conduct their businesses. And the recent whistleblower’s testimony before Congress didn’t help matters, either.

But for many investors, it’s not always about whether they like or dislike a company; it’s about how much money it generates and what its growth prospects are. And Meta Platforms, which has already been significantly falling, has amazing metrics, which is why it’s the stock I’ll be buying hand over fist if the market tanks.

Let’s peek into the stock’s metrics to see what I’m talking about. In its latest third-quarter report, Meta’s revenue increased 35% year over year (thanks to a huge increase in advertising revenue). Daily active users throughout all its platforms increased 11% during the same period. It’s a monster cash generator: Over the past nine months, free cash flow (FCF) increased to $25.9 billion, up from $13.8 billion in the year-ago period. That has given Meta a huge cash stash of more than $58 billion.

What has the company done with that cash? It’s been aggressively buying back shares to the tune of $14.4 billion just in Q3 alone. Continuing on that path, it added another $50 billion to its share-repurchase authorization.

But the icing on this cake is that all the negative publicity has dropped Meta’s share price, and it’s now trading for a mere 22 times earnings. Considering that analysts predict it will grow earnings at a rate of 21% during the next five years, that valuation seems extremely low. If there’s a market crash that takes down Meta along with all other growth stocks, that valuation will look even more scrumptious.

My portfolio already has had a love affair with Meta Platforms. The company went public back in May 2012 at a price of $38. At the time, it was the largest tech IPO in history. I was a fan and user of the site, but the valuation was too rich.

However, when it dropped three months later to around $19, I scooped up 100 shares and promised myself that no matter what, I was going to experiment by testing out my buy-and-hold theory and never selling Facebook, no matter what. Ever. And I’ve been rewarded greatly thus far. My $1,900 investment is now worth more than $31,000, a return of 1,514%. That’s an approximate average annual return of 168%!

I don’t expect Meta Platforms to give me that same kind of return going forward, but I still see great possibilities as the company moves into the metaverse. I haven’t added to my position in nine years, but if the market crashes and takes Meta Platforms along with it, you can bet I’ll be adding to my position.

This article represents the opinion of the writer, who may disagree with the “official” recommendation position of a Motley Fool premium advisory service. We’re motley! Questioning an investing thesis – even one of our own – helps us all think critically about investing and make decisions that help us become smarter, happier, and richer.