In 1969, man landed on the moon. In 1971, the first probe reached Mars. In July, a package delivery billionaire escaped the stratosphere. But those were mere steps toward the ultimate triumph of aeronautics achievement:

A Slurpee has reached space.

Officially, Irving-based 7-Eleven was promoting its 7-Eleven Delivery service by demonstrating it can deliver almost anywhere, in an innovative marketing stunt for its last-mile capabilities.

But we all know what 7-Eleven was really doing—seeing if a delicious drink could float weightless in space and, in Stephen Hawking’s words, know the mind of God.

If the astro-Slurpee does indeed have knowledge of the Creator, it hasn’t released a statement yet. 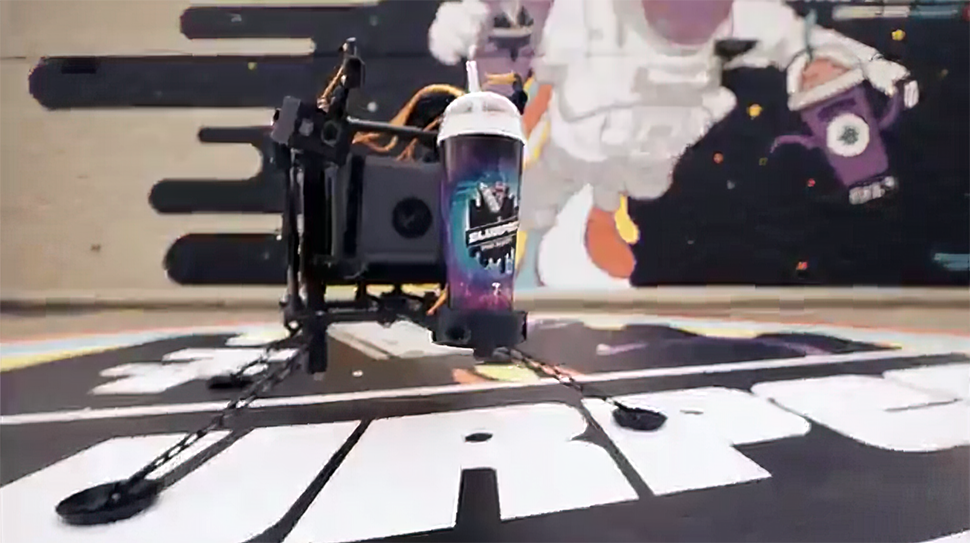 The Slurpee slipped Earth’s surly bonds at precisely 11 a.m. EDT yesterday from one of the parking spots of a Saginaw, Michigan 7-Eleven. Since its payload was far lighter than Blue Horizon’s 165,000-pound New Shepard spacecraft, no rocket was needed. Instead, the aeronautics team filled a weather balloon with helium and attached it to a Slurpee with a selfie camera. 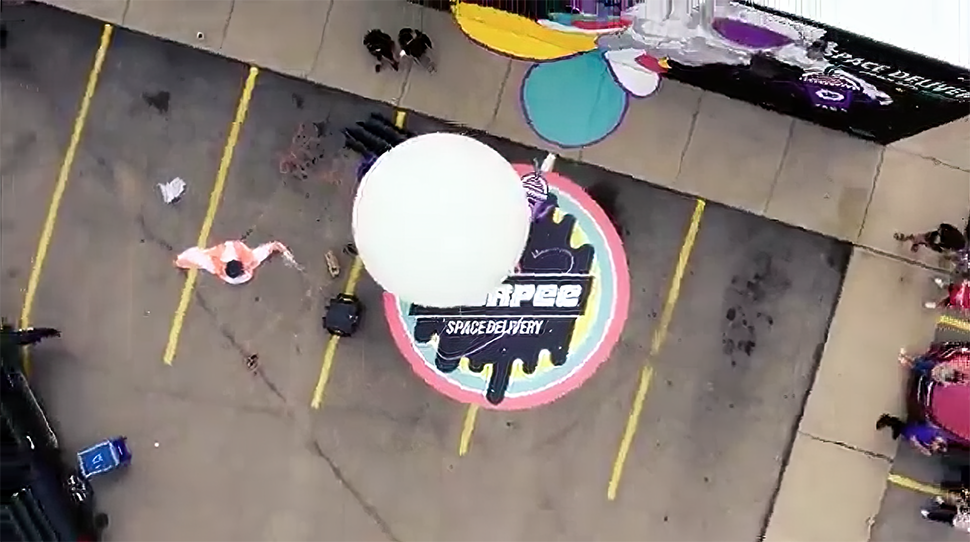 7-Eleven’s marketing team promoted the launch by asking Slurpee lovers everywhere to choose the drink’s flavor. Each Slurpee ordered via 7-Eleven Delivery in July was counted as a vote. Coca-Cola won the honor, with Cherry and Blue Raspberry doomed to remain earthbound also-rans.

“Every Slurpee lover has an unwavering passion for their favorite flavor, so it’s my pleasure to congratulate the Coca-Cola Slurpee drink fans out there on a pretty big victory,” said 7-Eleven SVP and Chief Marketing Office Marissa Jarratt, in a statement. “Delivering our iconic Slurpee drink to space and bringing customers along for the journey was the most epic way to wrap up one of the brand’s best birthdays to date. Year 94 will be a hard one to top… literally.”

Anyone who ordered a Slurpee in July via 7-Eleven Delivery also has a chance to win something: one of the #SlurpeeSpaceDelivery cups that went along for the ride. 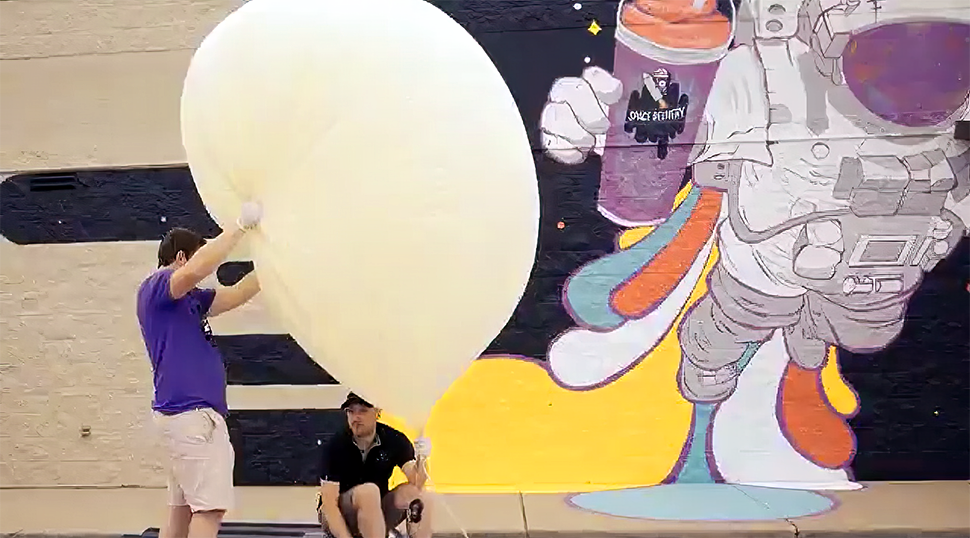 The Slurpee’s space odyssey was commemorated by a mural painted on the wall of the Saginaw 7-Eleven at 10950 Gratiot Road—forever to be known as Michigan’s 2nd greatest selfie opportunity, after the World’s Largest Tire in Allen Park. 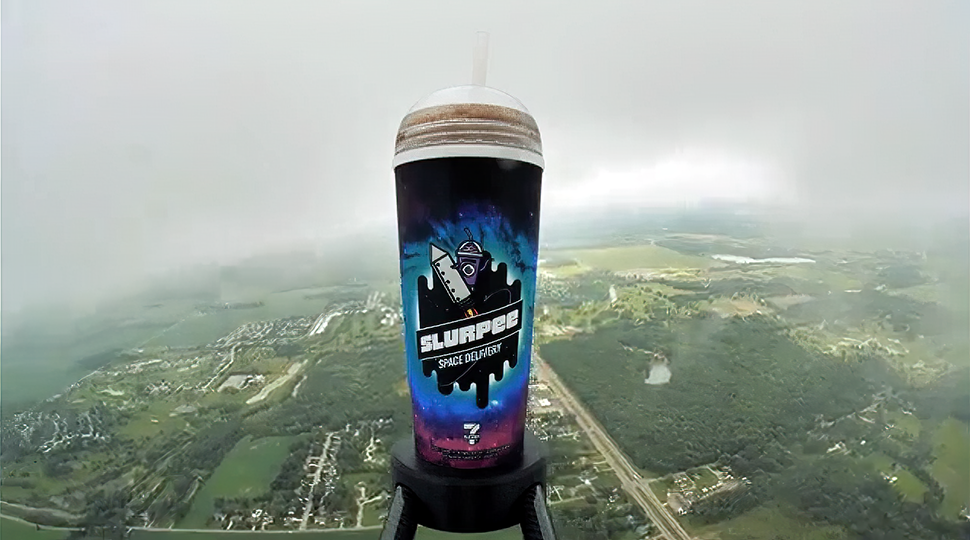 7–Eleven Delivery is offered in 2,000+ U.S. cities with real-time tracking that lets customers when their order will arrive,, usually in 30 minutes or less. The 7–Eleven app can be downloaded from the App Store or Google Play, or by visiting 7Rewards.com. 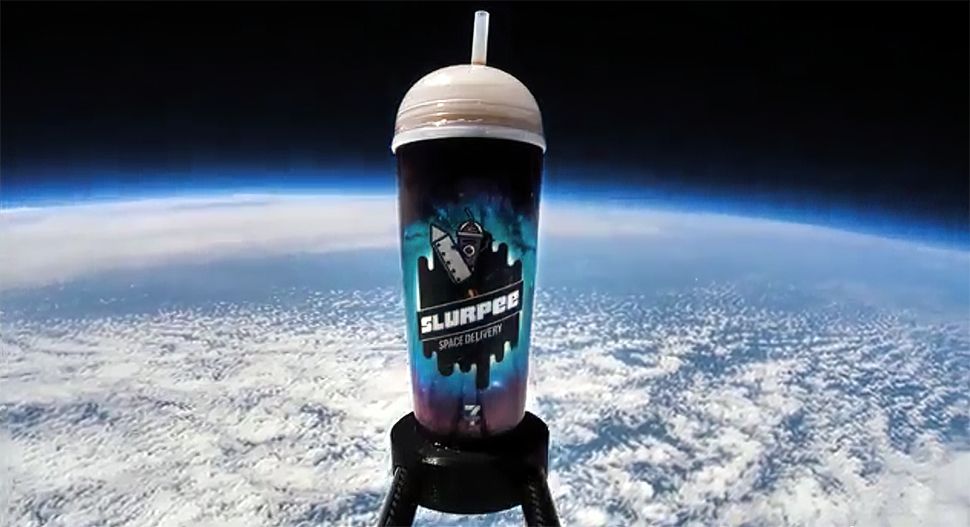