The CDC says Georgia is already seeing some of the highest levels of flu activity in the nation and health officials believe this year’s season will be worse than the last few.

Georgia is one of the top regions reporting the most flu-like illness at this time.

On the Centers for Disease Control and Prevention’s weekly influenza map, Georgia is one of the two areas highlighted in dark red – indicating high levels of flu activity.

Health officials expect 2022 to have a severe flu season with the illness expected to be worse than last year’s.

Doctors say COVID-19 restrictions like social distancing and masking helped subdue the last two flu seasons, but with many people back to pre-pandemic life, the flu is more prone to spread.

Doctors say some measures to protect you and your family from getting sick include many of the same practices we got used to during the pandemic like increased hand-washing and sanitizing commonly-used objects and surfaces.

Most importantly, officials say every eligible person 6 months and older should get the flu shot as soon as possible. 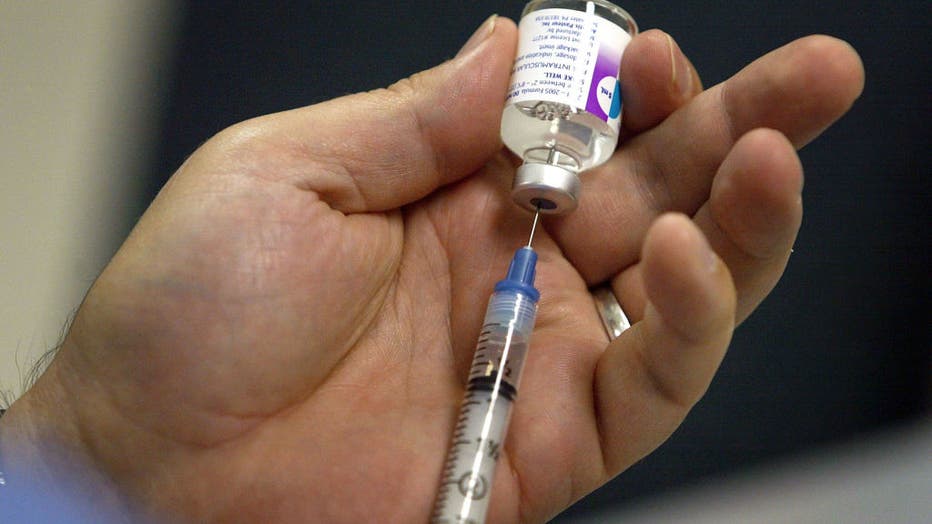 George Rodriguez, RN draws a dose of flu vaccine prior to administering vaccinations at the Maine Town Hall in Niles, Illinois. (Photo by Tim Boyle/Getty Images)

“It takes about two weeks to be fully immunized against the flu, and it’s the best way to protect yourself,” says Chris Coleman, the head of Perdue University’s School of Nursing.

For adults 65 and older, the CDC recommends flu shots with a higher dose of vaccine for enhanced protection.

Anyone wanting a shot can get one at a local Kroger store. The grocery chain is offering an incentive too. Eligible customers will receive a $5 coupon.

The shots are available at Kroger pharmacies in more than 2,200 locations and over 200 “Little Clinic” locations.

The promotion runs until Nov. 5. Both Walgreens and CVS are offering similar deals.

Health leaders urge people to get that flu shot even before Halloween and definitely ahead of the holiday season when people will be traveling and gathering with family members.