Get Your Free Equities Forecast

Aiding stocks was an upbeat earnings report from Bank of America, where recession warnings were largely downplayed, playing up the American consumer. That could hint at further optimism to come from other companies as the reporting season gets underway. According to the bank, credit card spending increased 13 percent in Q3 compared to a year ago.

Consumption is the heart of the US economy. Despite the highest inflation in 40 years, which is also largely outpacing wage gains, consumers remain unperturbed it seems in the eyes of the Bank of America. This could hint at an economy that may continue absorbing rapid monetary tightening from the Federal Reserve with unemployment remaining historically low.

On the daily chart, Dow Jones futures are back to pressuring key resistance around 30513. This follows a break above the 20-day Simple Moving Average (SMA). Confirming a breakout above resistance exposes the 50-day SMA, which could reinstate the downside focus. Even if it does not, the more important test will likely be the falling trendline from the beginning of this year.

Receive timely and compelling market commentary from the DailyFX team 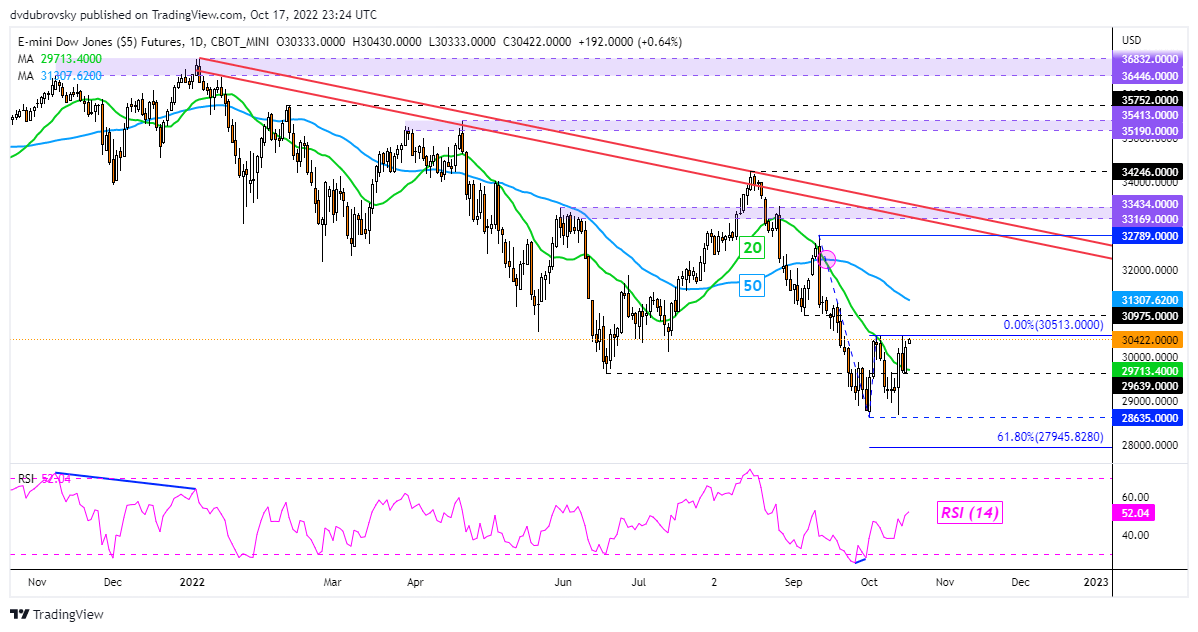 Asia-Pacific markets could be looking forward to a rather upbeat session following strong gains from the Wall Street trading session. China reportedly announced that it will delay the release of third-quarter GDP data, leaving the economic docket light. As such, traders may focus on general sentiment. Prospects of the US economy holding up may bode well for Australia’s ASX 200. Australia is an economy tied to the global business cycle. A resilient US economy could have positive spillover effects for the nation.

The ASX 200 continues to trade above the 20-day SMA, with the 50-day line above. The latter could hold as resistance, reinstating the downside focus. But, a potential falling trendline from April could be the more important technical challenge down the road. In the event of a turn lower, key support seems to be the 78.6% Fibonacci retracement at 6562. 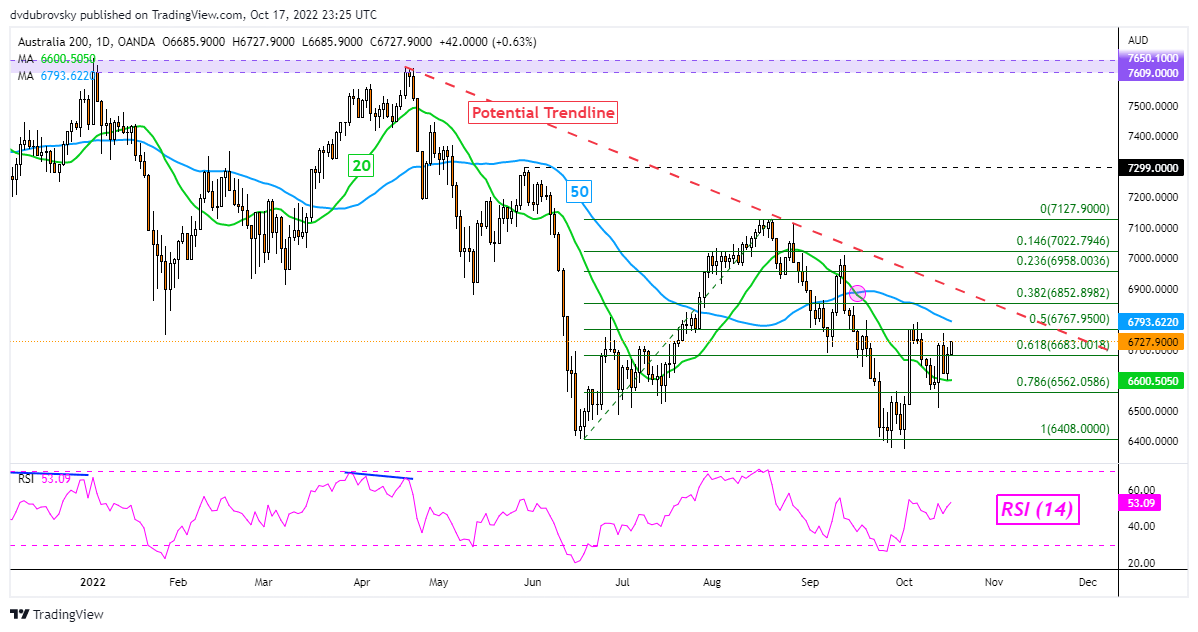