By Alastair Talbot For Dailymail.Com

Two Asian friends were racially abused at a California In-N-Out burger by a fellow diner who asked if one of them was having gay sex with Kim Jong-un.

Arine Gabrielle Kim and her male friend, Elliot, were recording themselves dining at an In-N-Out in San Ramon – 34 miles east of San Francisco on Christmas Eve – when an unidentified man came up to them and said: ‘You’re filming yourself eating? You’re weird homosexuals.’

Kim and Elliot were recording themselves trying off-menu items for her TikTok channel at the time.

Shocked, the two diners couldn’t help themselves but to laugh in the heat of the moment. The two friends, however, didn’t expect the man to approach them again and ask whether they are Japanese or Korean.

Elliot told the abuser that he was Korean. ‘Are you Kim Jong Un‘s boyfriend? You have gay sex with him?,’ the man then asked Elliot. 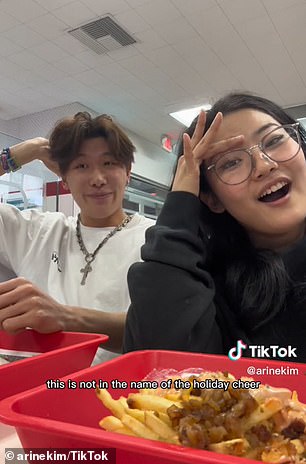 Following the tense exchange, Kim repeatidly asked Elliot to stop talking to the unknown man in a bid to deescalate the situation. She then looks at the camera and says: ‘this is not in the name of the holiday cheer’

After playfully answering that he’s only gone to ‘second base’ with the North Korean dictator, Elliot then dares to ask the man if he could take the man out to dinner.

That’s when Kim attempted to deescalate any tension arising from the exchange between both men, repeatedly telling her friend to ‘stop’.

The unidentified man responded by threatening to spit in their faces.

The two friends tried to move on and mind their business, but the man reappeared later, calling himself a ‘slave master’ and describing Elliot as ‘Filipino s***’ before challenging him to step outside.

It then appears that In-N-Out staff came up to check on Kim and her friend, who said: ‘This is not in the name of holiday cheer.’ 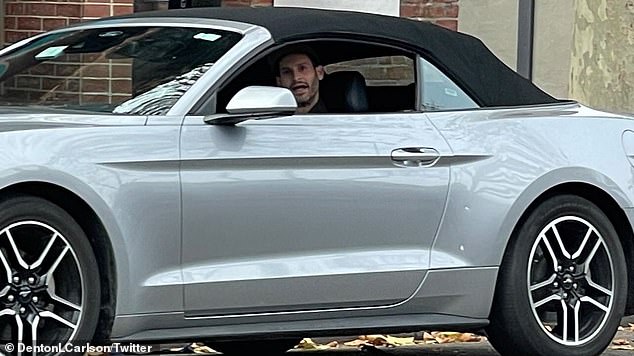 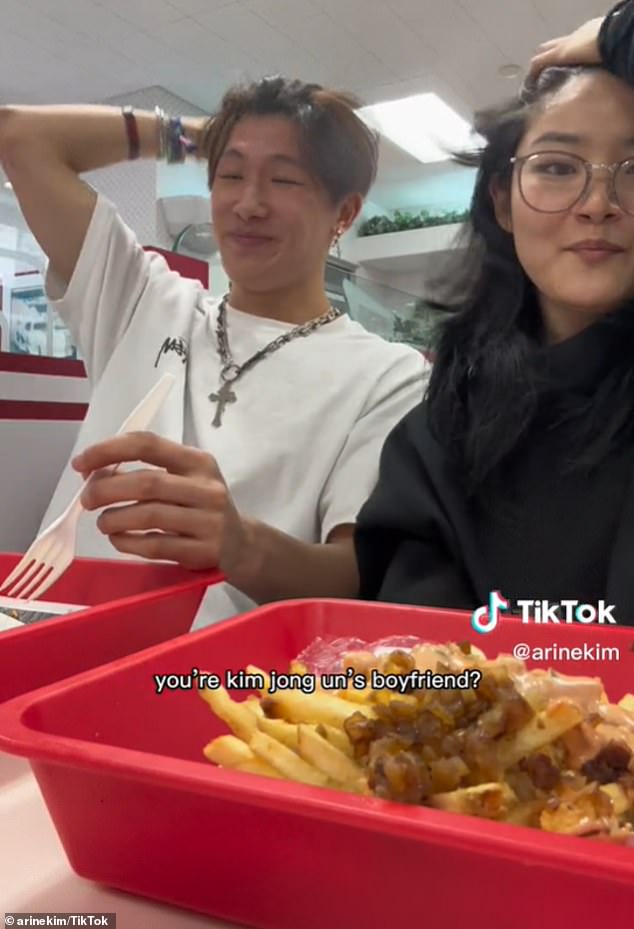 On the night of Christmas Eve, Arine Gabrielle Kim and her male friend, Elliot, were accosted by an unidentified individual at an In-N-Out Burger joint in San Ramon, California. They were the recipients of homophic and racial slurs, as well as threats, and the man at one point asked Elliot if he was Kim Jong-Un’s boyfriend and whether he had sex with the North Korean dictator 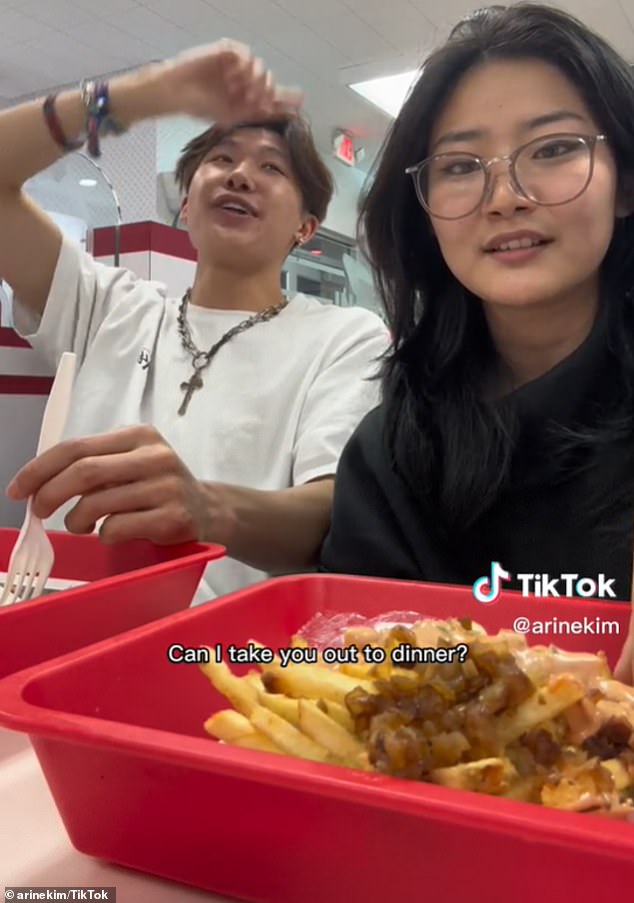 Kim later told KRON4 that the man harassed other customers of different minority groups after he re-entered the joint to pick up his order. She added that the man would also repeatidly gesture at her and her friend while smoking cigarettes outside.

Scared, the pair were among the last to leave the In-N-Out location before it closed. They asked one of the joint’s employees to check on whether the man was lurking outside before making a run to their car.

‘My friend and I were a bit shaken after the incident but I’m just grateful we’re both safe and out of harm’s way,’ Kim told KRON4. 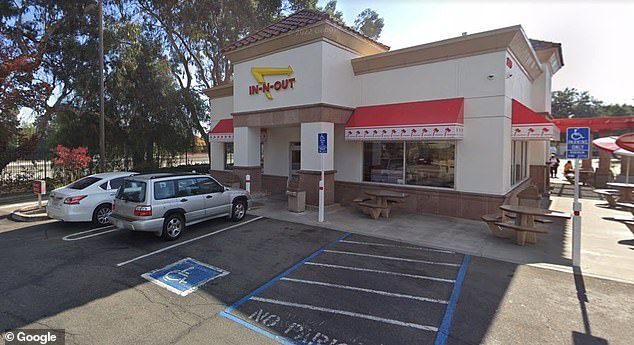 The In-N-Out Burger location in San Ramon, where the incident took place on Saturday

Her video later went viral on social media and even caught the eye of San Ramon Police Chief Denton Carlson.

Carlson retweeted her video got in touch with the young woman, as police will now further investigate the incident.

On Sunday, the local police chief tweeted a photo of a possible suspect behind the wheel of a silver Ford Mustang with Florida license plates.

The picture was taken on Christmas morning at a time when the unidentified man was showing ‘similar behavior.’