‘What?!’: Ousmane Dembele gives stunned reaction in press conference after reporter informs him of Japan’s shock 2-1 win over Germany

By Lee Davey For Mailonline

The Barcelona star was informed of the result during a press conference and his face was told its own story.

A reporter told Dembele ‘It’s always a difficult start to the competition, there are a lot of surprises. Germany just lost to Japan.’

A stunned Dembele replied: ‘What? Really?’ To which the reporter responded ‘yes’.

Dembele’s France were handed a potential banana-skin game of their own against Australia on Tuesday but suffered no such issues as they swept aside the Socceroos 4-1. 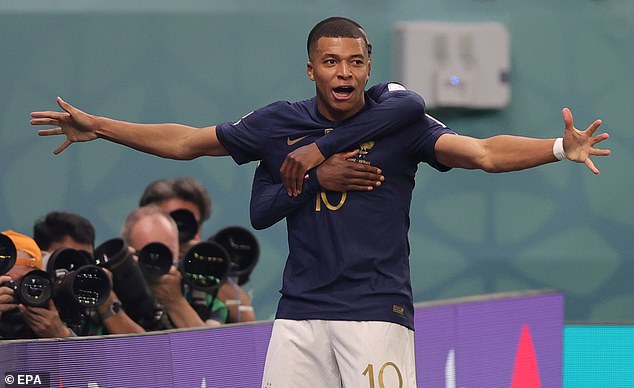 France showed their muscle despite falling behind early on and Dembele played his part by setting up Kylian Mbappe for Les Bleus’ third goal.

Didier Deschamps side were hit by a number of key injuries before the tournament with Karim Benzema, N’Golo Kante and Paul Pogba all ruled out.

Dembele has took full advantage of his opportunity and could be in line for another start against Denmark on Saturday.