Following the arctic blast that dropped temperatures below freezing for days last week many North Texans are dealing with burst pipes and keeping plumbers across the area busy.

FORT WORTH, Texas – Following the arctic blast that dropped temperatures below freezing for days last week many North Texans are dealing with burst pipes and keeping plumbers across the area busy.

“We are booked for the next five days, and we just got everybody in line,” said Chris Fontenot from Ben Franklin Plumbing.

By midday Monday Fontenot was responding to his sixth calls for service, a small frame home of Anna Dobbins in Fort Worth. An outside pipe beneath her home busted.

“We dripped the water and covered it with the little thing and wrapped it. We never had to wrap it like that. I’ve been here 18 years, and it just exploded,” said Dobbins.

In Dallas County, more of the same impact from the recent freezing weather.

Businesses like Heim Barbecue on Mockingbird Lane are cleaning up.

“We had our smoker going. Rodney was back here in the smokehouse and heard a loud pop and a bang, came to look and this pipe had just completely burst. It was a big waterfall coming down,” said Travis Heim.

Because of their quick reaction Heim was still able to complete all of their Christmas food orders. 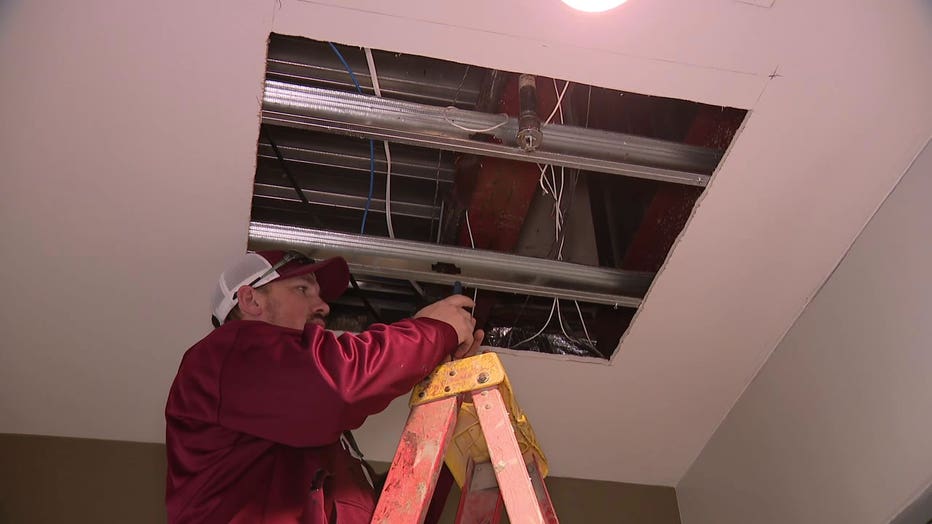 Thankfully, the space was not being utilized.

“There was water just spewing out of one of our fire sprinklers. The water was coming down the walls onto the floor. We had 3 inches of water coming into a bunch of office areas in our café,” said Ali Hendrickson.

Chris Fontenot says every job is unique and vows that he will get Ana Dobbins pipe fixed, and her water back on.

“Actually we didn’t think we’d have this big of an impact after what happened two years ago and what we had. Unfortunately, here we are again,” he said.