One of the murder suspects wanted for a deadly attempted carjacking is behind bars, thanks in part to FOX 4’s Trackdown segment profiling cold cases. Now, police want to find the person they say actually pulled the trigger.

DALLAS – One of the murder suspects wanted for a deadly attempted carjacking is behind bars, thanks in part to FOX 4’s Trackdown segment profiling cold-cases.

The arrest affidavit for 17-year-old Jeremy Wilson says tips came in to Dallas police after FOX 4 profiled the case.

The victim, 43-year-old Cordney Dawson, was fatally shot at a gas station in June. He would have turned 44 on Sept. 23.

The 17-year-old arrested is allegedly the getaway driver. Police are still looking for the person they believe shot and killed the 43-year-old.

Surveillance video shows Dawson confronting a group of kids trying to steal his truck outside Tiger Mart in South Oak Cliff back in June.

Dawson left his truck running while making a purchase. He climbed through the sunroof, trying to stop them. But that’s when police say 17-year-old Javarian Stranger shot and killed Dawson.

Stranger is wanted for capital murder, but police now say his alleged getaway driver, 17-year-old Jeremy Wilson, is in jail and charged with capital murder.

“Everybody says that’s closure. It still hurts,” she said. “He was just going to the store. I don’t even get it. I still don’t get it.” 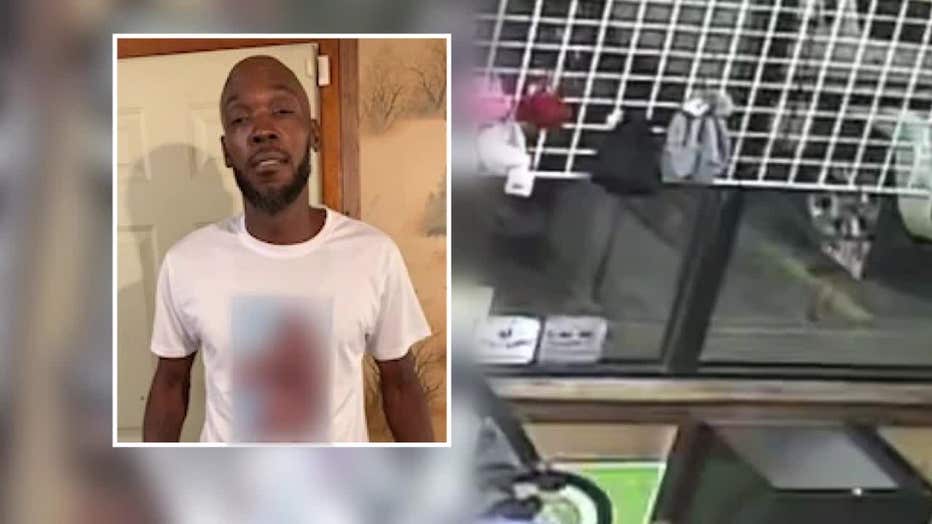 Surveillance video shown on FOX 4 in July highlights four guys trying to enter Tiger Mart behind an employee, but the inside was closed. Customers have to use the night window outside. On the right in the video was Stranger, the wanted shooter. On the left was Wilson, who’s in custody. They were denied entry.

You can see Dawson at the night window. That’s when they try to steal his truck. Moments later, Dawson was shot and killed. The suspects ran away and drove off.

Less than a month after FOX 4’s Trackdown profile, two witnesses who know the suspects came to police headquarters to provide info and confirm the suspect’s identities, according to a probable cause affidavit. That’s what led to the first arrest.

“It just doesn’t even make any sense. It could’ve been anyone,” Ashley said. “He was a great father. Great uncle. Just great all around.”

Ashley says her uncle, who was a truck driver and father of four, was at the convenience store to do something simple.

“He was just only buying like a Coke,” she said.

Ashley was in a state of panic the night of the shooting. She wrecked her car rushing to the hospital.

Their family is hoping for the second arrest, but it won’t heal their broken hearts.

There were two specific suspects and also two other minors with them, according to an affidavit. However, charges have not been filed against them.