Founded in 1951, the nonprofit, nonpartisan organization offers the public and its nearly 4,000 members opportunities to learn firsthand from world leaders, policymakers, ambassadors, journalists and world affairs experts. The council presents more than 80 programs a year.

The World Affairs Council of Dallas/Fort Worth has announced seven new directors has been added to its board of directors. 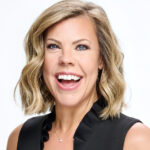 “These new board members are a truly exceptional group,” Liz Brailsford, president and CEO of the council, said in a statement. “They each bring a set of complimentary gifts to the board — ones that will support our growth and advance our mission.”

Founded in 1951, the nonprofit, nonpartisan organization offers the public and its nearly 4,000 members opportunities to learn firsthand from world leaders, policymakers, ambassadors, journalists and world affairs experts. The council presents more than 80 programs a year.

In addition to impacting thousands of students annually via its international education program, the council coordinates visits to North Texas of delegations and leaders from around the world through the International Visitors Program of the U.S. State Department and through Dallas Protocol, a unique public private partnership with the city of Dallas.

New members of the World Affairs Council Board of Directors are: